I Had a Dream (Jennifer Semple Siegel) 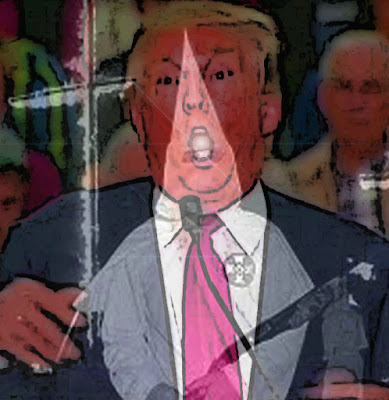 Oh-My-God!
I had the worst dream ever!
In my nightmare, he was elected president, my country suffering through nearly three years of his bullshit!
His ugly mug all over the news!
Every! Single! Day!
Twitter!
Racist, white nationalist, fascist, Nazi tweets!
Neo-Nazi mass murderers!
Tax cuts for the rich!
Kavanaugh!
Trade wars!
Tariffs!
Picking fights with China!
Rollbacks of EPA rules!
Climate change unchecked!
Befriending authoritarian leaders: Putin, Kim Jong-un, Xi Jinping!
Chaos in the White House!
Chaos at the border!
Concentration camps!
The caging of children!
Oh!
Maybe it’s not a dream!
I grab my phone from the nightstand: yes, November 9, 2016. 5:33 a.m., not 2019, nearly three years shaved off the river of time.
I click the controller:
“…It was a close call, but Hillary Clinton, thankfully, pulled out a narrow electoral win of 275,” Rachel Maddow says with obvious relief.
“I can’t even imagine the ramifications of a Trump presidency,” Lawrence O’Donnell, says, visibly shaking. “We missed a bullet.”
“Well, I contend Trump would have pivoted to a more moderate stance,” Morning Joe Scarborough insists. “Besides, I’m confident the GOP would’ve reined him in.”
Snort!
“It’s fortunate we’ll never find out,” Brian Williams notes.
“What if Trump contests the election?” O’Donnell asks.
“No legal standing. Hillary has won the popular vote by more than 4,000,000 votes,” says the young pollster Steve Kornaki. “Thank goodness.”
“He’ll make a lot of noise, of course. He hasn’t conceded yet,” says Maddow.
“And he won’t concede…”
“It won’t matter. Failure to concede won’t change the outcome…”
The MSNBC panel gets into an extended discussion of what might happen if the loser doesn’t concede.
Click to CNN: the same electoral stats flash by as John King, anchor of Inside Politics, taps on CNN’s Magic Wall.
Relief!
To make certain, I even tune in to {gasp} Fox News.
The long faces tell me all I need to know.
Yay!
President Hillary Rodham Clinton! That has a nice ring!
I won’t mind rebooting my life back to 2016.
It’s an opportunity to do some things a bit differently.
I mean, I haven’t exactly led an exemplary life since November 9, 2016, having expressed some ugly behavior and comments on Facebook.
Sure, my behavior was born of desperation and despair, but still…
Now, I can be a better person, and, perhaps, some of those people I unfriended will still be friends, basing our disagreements on rational ideology.
I can love my family again.
Sure, the Trumpsters will squawk about our new President, but when they discover how wonderful she’ll be for our country, they’ll have to concede some points, maybe not all, of course, but enough that we can discuss our differences rationally.
Most importantly, we’ll never see that loser’s orange ugliness in the White House.
I hope all those scary supporters recede into their private dark enclaves and not rile up ordinary people who just care about the direction of our country.
For now, it can’t happen here.
Can it?
Can HE –
Again? 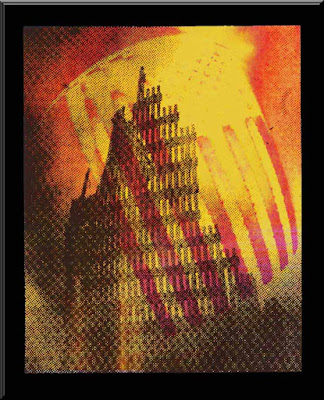